Marcia and Max Nass have dedicated their lives to supporting and uplifting children. Originally from New York, the Nasses worked for the New York City Board of Education. Marcia, who received a master’s in elementary education from Hunter College, taught kindergarten through 2nd grades. Max, a Licensed Mental Health Counselor, pursued a career as an elementary school guidance counselor. “We were always with the little ones,” Max says.

While the couple worked with similar age groups, their school environments were very different.

Marcia taught at elementary schools in the city’s more affluent neighborhoods. Conversely, Max worked in lower-income areas like South Jamaica Queens. It struck the couple how disparate the opportunities were for children.

Marcia recalls the power and influence of the PTA at the schools in which she worked: “The children at our school would have the best of the best. The newest books and technology.”

In the impoverished neighborhood schools, where Max worked, the children would have less resources available and had to rely on Title One (government assistance). For the Nasses, the realities of the achievement gap were playing out right before their very eyes.

As the school guidance counselor, Max found himself dealing with children, every day, whose situations at home – lack of support, food insecurity, parental divorce – resulted
in behavioral issues at school. “They were dealing with emotions they simply couldn’t process,” says Max.

At night and on weekends, the couple began developing board and card games designed to teach children valuable emotional skills such as managing anger and anxiety, healthy socialization, self-esteem, and coping with divorce and separation. The Nasses’ series of therapeutic board games, books and puzzles were tremendously popular and eventually used in schools throughout the country. It was then that Marcia and Max decided to dedicate their creativity to help children’s causes.

Upon retirement, the Nasses relocated from New York City to South Florida and settled into their new, sunny life in Boynton Beach. They began researching local charities and learned that HomeSafe, a Lake Worth-based nonprofit serving abused and abandoned children, had received a 4-star rating on Charity Navigator. Max and Marcia looked deeper into the agency and were pleased to learn that HomeSafe’s Specialized Therapeutic Group Care program included educational support and life skills training for vulnerable children – a bridge across the achievement gap.

The Nasses have provided monthly donations to HomeSafe, without interruption, for more than nine years. They said they appreciate how HomeSafe keeps in touch with them, sends notes and updates them on the programs their donations support.

Max hosts Bible study at his church every Sunday and volunteers two days a week as a classroom assistant at Sunset Palm Elementary. “My heart is still with the little ones,” Max says.

“We hope we are helping the children who will eventually build a better world,” says Marcia. 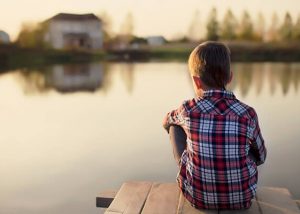